In a shop, I said hello to a woman I admire and respect.  She didn’t respond and I figured she hadn’t heard me.  Five minutes later she said hello.
“Hi,” I said.  “I said hello before, but you didn’t hear.”
“Oh, I thought you were just some white woman.”
I was wounded by the dismissive retort; I was a ghost.
Ironically, Islanders of eons past used to call Europeans, markay meaning white devil, ghost or spirit on account of their pale skin.
Ion Idriess wrote in Isles of Despair about a Scotswoman, Barbara Thomson, the sole survivor of a shipwreck on in 1844.  She was claimed by the chief as the spirit of his dead daughter.
I thought you were just some white woman. The words floated around my head.
Well, I am white, even though I’ve lived on TI for nineteen years, married an Islander, own a house and operate businesses.  I am still white.
Hang on!  What is the significance of being white?
Many white people drift onto and off TI, overwhelmingly white public servants and increasingly, tradies and backpackers.  If we are completely honest about the situation, there is limited professional or skilled labour on the island so most of it is imported, albeit temporarily.
How temporarily?  Well, many teachers come to the to do ‘country service’, a minimum of two years, though they may stay a year, or two, or three.
Doctors and nurses arrive for even shorter periods – measured in weeks, often.
Then you can factor in all the other public servants of federal and state departments and the shire council.
There is also the increasingly popular ‘backpacker’ market, young travellers employed in the pubs, hotels and other businesses, mostly short term.
Don’t forget the ‘au pair’ trade: foreigners working as nannies for European couples who both work.
I consider how many Europeans have stayed in the for ten years.
Not many.  In fact, very few.
That means hundreds of European public servants have passed through the Strait to fill a skilled and unskilled labour void.  They have hardly been here long enough to be noticed in the street or supermarket or pub.
Gee, if I was Islander, I might be a bit dismissive about Europeans blowing through; them kole people go stap a couple of years then dhempla go go.
Why would Islanders foster friendships with Europeans when most of them are gone after two years?
If I was Islander, I might think of Europeans as markay, ghosts floating onto the island and off into the ether.
So, I really am “just some white woman.”
It’s a fact.  I didn’t need to feel wounded. 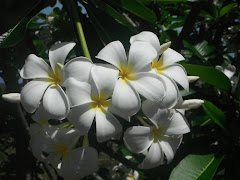 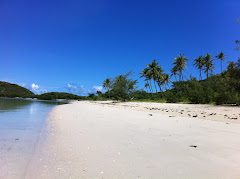